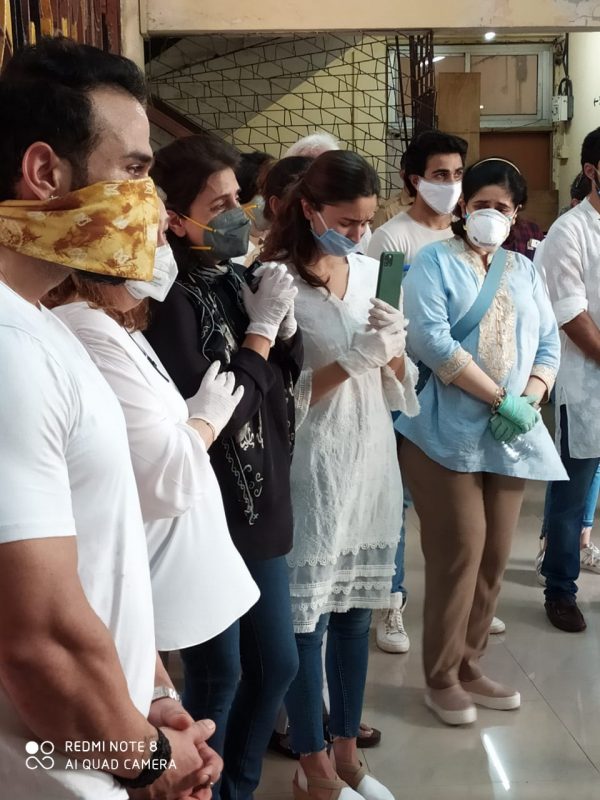 We weren’t even done mourning the death of Bollywood superstar Irfan Khan and we lost another legendary actor. The original chocolate boy of Indian cinema, Rishi Kapoor took his last breath on 30th April at the age of 67 after fighting a two years long battle with cancer.

Kapoor was diagnosed with cancer in September 2018, following which he flew to New York the same month for treatment. He was shooting in Delhi and suddenly fell ill. His white blood cell count was found to be abysmally low and that’s how his situation was diagnosed at a much earlier stage which is very important in diseases like cancer. He had AML – Acute myelogenous leukemia, a cancer of the bone marrow.

During a year-long treatment in New York, Rishi Kapoor’s sweetheart, actress Neetu Kapoor stood rock solid by his side while his kids Ridhima Kapoor and Ranbir Kapoor kept paying regular visits along with Alia Bhatt. Kapoor revealed in an interview that Neetu had been his support system and he couldn’t even think of fighting this harsh battle without her. Actress, Neetu Kapoor also said that Rishi Kapoor became like her child during the entire process of the treatment and she just wanted to do everything in her power to keep him distracted from the pain. Fortunately, Kapoor was declared cancer free in April 2019 and returned back home to India in same year September. His last words regarding his battle was that he was a sort of person who never had any patience, and this was God’s way to teach him and he was grateful for the second chance he got at life.

Gem of an Actor –

Born in Chembur, Bombay to a Punjabi family, Rishi Kapoor was the second child of megastar Raj Kapoor and wife Krishna Raj Kapoor. He marked his presence well in the industry at the age of just 3 years old, doing his first ever on camera scene with the beauty queen of those times, Lt. Nargis in the song ‘Pyaar Hua, Iqraar Hua’. He debuted in Raj Kapoor’s ‘Mera Naam Joker’ as the child role of his father and did his first lead opposite Dimple Kapadia in ‘Bobby’ which earned him the Filmfare Best Actor Award in 1974.

He did a total of 92 films as a romantic lead, out of which 32 were box office super hits. He won the Filmfare Critics Award for Best Actor in 2011 for his performance in Do Dooni Chaar, Filmfare Award for Best Supporting Actor for his role in Kapoor & Sons (2011). He was also honored with the Filmfare Lifetime Achievement Award in 2008.

Age is just a number –

Rishi Kapoor was a legendary example of the saying that age is just a number. He switched to supporting roles in 2000s. After dedicating his entire youth to the India cinema, he chose to work in his late 50s as well. He did not choose to retire till his last breath. He has left so much responsibility on the shoulders of young actors as he did an amazing job his entire career without putting work at rest even for a second. All About Seniors pays a heartfelt tribute to the veteran actor and hopes that every senior gets inspired from Rishi Kapoor’s life and never let themselves down despite any difficulties in life.

Remembering Rishi Kapoor’s “It Is Too Cool To Be Old School.”- 102 Not Out

Diabetes: Don’t let the sweetness go from your golden years

Making a Difference: All About Seniors Team at Trade Fair’16